Having a sense of humor is essential to health, says singer-songwriter Carla Ulbrich, who has found laughter to be a lifesaver during tough times. Under the stress of multiple illnesses and constant health ''care,'' Ulbrich one day snapped and became the Singing Patient. She channeled her hard won victories, set about reclaiming her health, and penned How Can You NOT Laugh at a Time Like This?, a collection of short, inspiring, funny essays that help people thrive and celebrate life despite illness.

As Ulbrich spins her tale (and shares some songs), she lampoons common fears and prejudices about illness and lovingly lambastes the foibles of the medical industry. She offers heartfelt and humorous advice for navigating mainstream and alternative therapies, and she guides partners, families, and friends who wish to help their loved ones. Her candid insights, wisecracking commentary, handy lists, hilarious song lyrics, and gentle camaraderie will put a smile on the face of anyone who wants to face illness with courage and humor.
My take on this book:
I had never heard of the author Carla Ulbrich until I read her book, so I was a bit skeptical that a book about being sick could be funny. Well upon reading it there were often many instances that I had to literally stop reading for a bit because I was laughing so hard. She has a way of looking at things that are flat out funny, but more than that she gives the reader some very practical advice on how to maneuver thru the health care system that is invaluable.


There are ten chapters in this book, and each chapter is broken down into several mini-stories that deal with the topic the chapter covers, make this book easy to read. I actually read it from cover to cover, but then marked some of my favorite mini-stories to reread, such as the chapter about prednisone, or the one titled Disease Envy, where she shares a little ditty titled "On The Commode Again."


If the old adage is that laughter is the best medicine holds true then everyone should have a copy of this book. The cute cover really catches your eye but the stories inside not only  inspire but because Ms. Ulbirch shares her stories anyone facing an illness will realize the things they face and the questions they have are normal. Whether your facing a personal illness or know someone who is, this book will certainly uplift and encourage.


he Singing Patient (Carla Ulbrich) is a touring comical singer-songwriter and a member of the Association for Applied and Therapeutic Humor. And now, she is also an author. 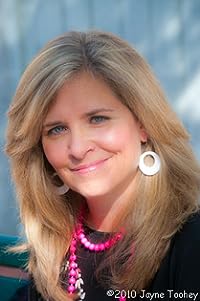 When the humorous songwriter fell ill in 2002, she used her wit and off-center perspective to cope with the many obstacles in her path. Carla suffered two strokes and kidney failure, along with accompanying anemia, hair loss, weight loss, congestive heart failure, pleurisy, fever, migraines, and fatigue.
Because of the strokes, she had to re-learn the guitar from scratch that year. She spent her many hours in doctors' waiting rooms writing humorous song lyrics about her malady and the absurdity of the health care system. Under the stress of constant "care," Carla finally snapped and became "The Singing Patient" with her third CD, "Sick Humor."
This collection features songs such as "What If Your Butt Was Gone," "Prednisone," "Sittin' in the Waiting Room," and "On the Commode Again."
On Feb. 1, 2011, Tell Me Press is releasing a book of Carla's humorous essays about her adventures as a patient (sometimes singing, sometimes not): "How Can You Not Laugh at a Time Like This?"
The South Carolina native's whimsical songs are heard on numerous radio stations, including Sirius XM radio, the syndicated shows "Bob and Sherrie in the Morning" "Housecalls radio show" and "The Dr. Demento Show." She has released 5 CDs on Romantic Devil Records.
Carla has taught guitar at colleges, music stores and summer camps, and is also the author of "Theory for the Young Musician: Notespeller."
visit her at www.thesingingpatient.com


Now on to the giveaway, thanks to the author I have a complimentary copy of this book to give to one of my readers. Its simple just leave a comment with your email address. Contest ends at midnight on Sept. 9th. Winner will be contacted by email.Thanks so much for entering and good luck! Note contest is open to US residents only.