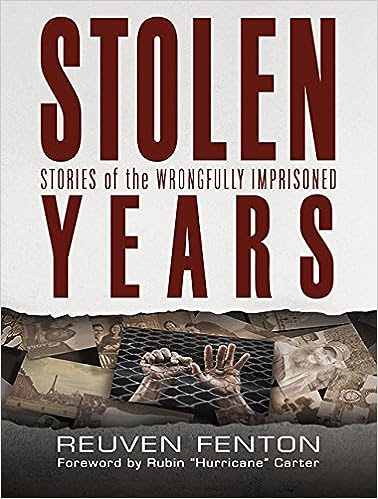 There is a grisly murder in your neighborhood. You stand outside with your neighbors and watch, or maybe you peek out your curtains. Hours pass, then days, maybe years. Then one day there is a knock at your door and the police take you in for questioning. Do you remember what happened? Do you have an alibi? Can you take countless hours of interrogation without breaking?
This can happen to you. And it happens to more people than you think.
Stories from The Fixer to The Shawshank Redemption have for decades catered to audiences' grim fascination with wrongful imprisonment -- one's worst nightmare come to life. In Stolen Years, the stories are true. The ten former inmates profiled here fended off the blackest despair so they could keep fighting for freedom. Once out, they faced a new struggle: getting back to living after losing so many years behind bars.

Intense, startling, and utterly compelling, Stolen Years will take readers into the lives of the jailed innocent.

My take on this book:
Wrongfully imprisoned, that's something that could never happen right? Well Stolen Years by Reuven Fenton is a thought provoking book filled with just this type of stories that will open the eyes and made me realize that yes it can and does happen. That's a scary thought and whats even more scary is that whenever someone is wrongly accused and incarcerated well the police figure the case is closed and that means the real criminal is still on the loose.  With this book the author focuses on ten stories about people who basically fell through the cracks and wound up wrongly incarcerated, some for years before their sentences were overturned. Fortunately for the stories in this book there were happy endings, if you could call them that, in that each person finally gained freedom. Truthfully though it had me wondering about the mental and emotional distress that might follow these people for years. Another thought I couldn't get out of my mind was that for the ten stories in this book that finally got justice, just how many others are sitting behind bars who are innocent?  This book really resonated with me because several years ago there was a case like this in the area that I lived in, a man was accused of being a serial rapist went to jail, and after several years, many appeals, and getting someone to really look at the evidence he was found innocent and released from prison. It's a scary thought, and the impact is really something that is unimaginable. Stolen Years by Rueven Fenton is thought provoking, as well as eye opening.

A complimentary copy of this book was provided for review. 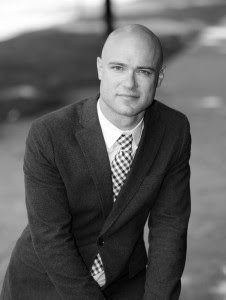 Reuven Fenton has been covering murder and scandal for the New York Post since 2007. He has earned national recognition for his exclusive reporting on national stories, such as the resignations of political powerhouses Eliot Spitzer and Anthony Weiner; Hurricane Sandy and the devastation
it brought on New York and New Jersey; the shooting at Sandy Hook Elementary School; and
the Boston Marathon bombing. Mr. Fenton was inspired to write Stolen Years after covering an unforgettable court hearing in 2013 in which a Brooklyn judge freed David Ranta, a man who’d been wrongfully convicted twenty-two years earlier of murdering a rabbi. The sensational story sparked an investigation into misconduct by both the Brooklyn District Attorney’s Office and the lead detective in the case. Mr. Fenton is a graduate of Columbia Journalism School and lives in New York City with his wife and two sons. Follow him on Twitter at reuvenfen.

Follow along on the TLC blog tour to read what others are saying about Stolen Years.
Posted by BrendaC at 10:06 PM