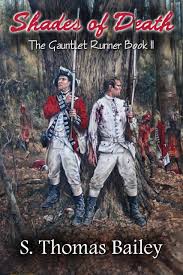 This book is also available as an e-book

With the events of the past year freshly engraved in his mind, Jacob Murray lies in wait, just a stone's throw from a French outpost in the midst of the western Pennsylvania wilderness. Having teamed up with the two young men who helped his wife escape her Huron captors, he waits for any sign of Maggie or the French merchant who purchased her. A straightforward plan for ambush soon goes awry and Jacob and Joshua are separated from Maggie and One-Ear; the latter pair heads towards Canada, the former for Fort Duquesne. While Maggie's efforts to escape and avoid French captivity lead to unexpected encounters with the native tribes of New York and Canada, including the great Ottawa leader Pontiac, Jacob himself is taken captive by the French. With Joshua's help, he is able to escape, but life as a deserter is very dangerous, especially when the British army is amassing nearby under the watchful eye of Major General Edward Braddock. Jacob and Maggie Murray long for their peaceful life on the homestead in Pennsylvania, but with two great countries and their native allies battling over the Ohio Valley, their wishes must remain ungranted...at least for now."

My take on this book:
The year is 1755 and the British and French are at war in the Pennsylvania territory, but Jacob Murray has little regard for the war because his mind is on rescuing his wife Maggie from the French merchant who purchased her. He has been traveling with One-Ear and Joshua two young men who have saved his life more than once. When the plan fails, Jacob loses his temper and confronts the French merchant,he is captured and is now a prisoner headed for hanging,luckily Joshua is with the group that is transporting him to Fort Duquesne. Meanwhile Maggie is headed for Canada where she has been sold as a servant, One-Ear has managed to travel with her, and plans to do whatever even if it means his life to keep Maggie safe for Jacob.

S.Thomas Bailey brings history to life in the pages of "Shades of Death." He makes the mid 1700's more than exciting, his storytelling had me feeling like I had stepped back in time, experiencing the story right along with the characters. Told in alternating chapters allowing us to experience things thru the eyes of Jacob and Maggie, it was so easy to imagine the situations they found themselves in, usually in danger, or fighting for survival. The plot moved along at a brisk pace, and when I started to feel comfortable with the way the story was going the author would throw in a twist that would keep me on my toes.The ending was a bit of a cliff hanger that has me anxious to read the next book in the series! While this is the second book in the Gauntlet Runner series, the author provides enough background information that it could be read alone, although anyone who enjoys a historically accurate tale woven together with suspense,action, and adventure that will take you on an epic adventure to the days when Indians still roamed the woods will love this series. Written in a down to earth easy to read manner, that is far from boring. Fact and fiction is woven together to make for an exciting history lesson in the pages of "Shades of Death."

reviewed for Readersfavorite.com
Posted by BrendaC at 11:38 PM