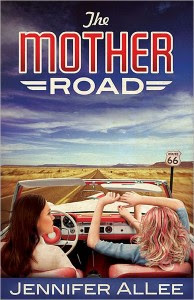 ABOUT THE MOTHER ROAD

Within the course of a week, marriage expert Natalie Marino is dumped by her husband, receives an urgent call home from her father, and discovers her estranged sister, Lindsay, is pregnant.
A road trip on Route 66 may not help, but it sure couldn’t hurt. Or so Natalie thinks, until Lindsay’s boyfriend starts stalking them. Will their trip down the Mother Road bring the two sisters closer, or turn out to be the biggest wrong turn of their lives?


My take on this book:
Marriage expert Natalie Marino has just signed a contract  to write three more books in the Happily Married series and  is ready to celebrate with her husband Tony, but when he arrives home late from work as usual he drops a bombshell on her, after eighteen years of marriage he wants a divorce. Turns out he has gotten his assistant Erin pregnant. When she calls her dad to pour her heart out to him he quickly suggests that  she come home because her mother's Alzheimers is getting worse.He also informs her he has spoken to her estranged, sister Lindsay and she is willing to come to Illinois but refuses to fly because she is pregnant. So she decides to embark on a road trip from California to Illinois with a sister she barely knows.


An interesting story about a woman who thinks her life is going great, but then the bottom falls out! It was great to see the sister's reconnect. I fell in love with the way the author wrote this story, with the descriptions, I actually felt like I was sight seeing and on the road trip as well. I enjoyed the characters the sisters met as well as the interesting places they visited. Overall a neat little story about family drama and relationships with enough humor thrown in to keep it interesting. Jennifer Allee is a new to me author, but after reading this story I will certainly be looking for more of her work. 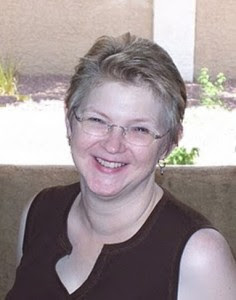 As a child, Jennifer Allee lived above a mortuary in the heart of Hollywood, California, which may explain her unique outlook on life. She has written skits, activity pages, and over one hundred contributions to Concordia Publishing House’s popular My Devotions series. Her novels include The Love of His Brother (Five Star, November 2007), The Pastor’s Wife, (Abingdon Press, February 2010), The Mother Road(Abingdon Press, April 2012), and the upcoming A Wild Goose Chase Christmas, book two in the Quilts of Love series (Abingdon Press, November 2012). She’s an active member of American Christian Fiction Writers and Romance Writers of America. Jennifer resides in the grace-filled city of Las Vegas with her husband and teenage son.

You can find out more about Jennifer’s writing and speaking atwww.jenniferallee.com.
Twitter | Facebook | Amazon | Amazon Kindle | Barnes & Noble | Official Tour Page
Click here to follow along on the Pump Up Your Book blog tour.