Category: Cozy Mystery
Tour Date: August, 2013
ISBN: 978-0-451-24093-4
Available in: Print & eBook,  286 Pages
Mr. Monk Helps Himself is an all-new mystery, written by Hy Conrad, the Edgar Award-nominated screenwriter and co-executive producer of Monkand starring the characters from the wildly successful television series.
Now that Monk and Natalie are both in San Francisco again, life is almost back to normal, with one exception:  Natalie is studying for her PI license, the last step to becoming Monk’s full partner.
Before taking the plunge, Natalie sneaks off to Half Moon Bay for a retreat run by Miranda Bigley, charismatic leader of the “Best Possible Me” self-help program, whose philosophy has helped Natalie deal with her recent life changes.  Her plans for a relaxing weekend are disrupted when Monk tracks her down, determined to rescue her from the “cult.”  Their argument is cut short when Miranda, in full view of everyone, calmly walks to the edge of a cliff and jumps off.
Even though Miranda’s death looks like suicide—especially when it’s discovered that she was on the brink of financial disaster—Natalie is sure it is murder.  But Monk brushes her off to help the SFPD solve the murder of a clown, despite his fear of clowns—number ninety-nine on his list of one hundred phobias.
Natalie and Monk begin their separate investigations and are quickly caught up in situations neither one of them can handle.  If they want to solve both crimes – and survive – they first need to learn how to be full partners.  Can Monk handle the change?

My take on this book:
I love watching the Monk tv series and still get my fix with reruns, but honestly "Mr.Monk Helps Himself" is my first attempt at getting my Mr. Monk mystery in book form, and honestly I was a bit leery that the story would somehow be lacking, but I shouldn't have worried the book was fantastic! While Mr. Conrad's style was a bit different he did provide me with the Monk that I know and love. His phobias and fears, along with his distinct voice was captured perfectly,  making me feel as if I was hearing the dialogue as I read it!  The characters are really very well developed and I felt like the character of Natalie is really coming into her own. I love seeing the duo of Monk and Natalie work together to come to the conclusion! Anyone who has ever watched the tv series should check this one out, but honestly anyone who enjoys a well written mystery where the characters are a bit quirky and there are more than a few laughs along with a clever ending will certainly want to check out "Mr. Monk Helps Himself." 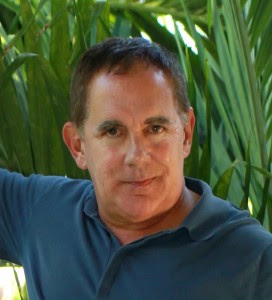