The Breath of Dawn by Kristen Heitzmann ~ review and giveaway

“Heitzmann weaves a many-layered tale keep[ing] readers entertained and wondering when the next bit of drama will occur.” –Publishers Weekly
Corporate turnaround specialist Morgan Spencer, dubbed the “success guru,” has a Midas touch in business. But losing his wife sent him to the brink, and his two-year-old daughter, Livie, is all he’s living for–until they encounter a woman whose trouble just might draw him out of his own.
Four years ago Quinn Reilly did the right thing. Now the man her testimony put in jail is getting out. Though she has put up barriers to protect herself and those around her, she has come to care for the Spencer family, especially the winsome Livie and her mercurial father. Unwilling to put them at risk when the threats begin, she requests something she hopes the super-successful Morgan might be able to deliver.
Fixing problems is what Morgan does best, but his counter proposal takes them in a direction neither is equipped to handle. Determined to confront the past, will they survive to build a future?
Purchase a copy here.

My take on this book:

After the loss of his wife Jill, Morgan Spencer's world revolved around taking care of his daughter Olivia. It's been two long years of dealing with the pain, and heartache. When he meets Quinn Reilly, he feels drawn to her, but isn't sure his heart is ready for a relationship. Quinn is running from something from her past though, and doesn't want to put Livvie, or Morgan in danger, but when the past meets up with the present and Quinn's life is on the line, will Morgan be able to save her, and if he does can they have a future together?

Kristen Heitzmann weaves a story of suspense,romance along with a story of healing  to make for a page turning read. The plot easily drew me in. The characters in this one seemed very real, their feelings and emotions just rush off the pages. I could easily understand Morgan, grieving  unsure of whether to risk his heart again. I thought Quinn was such a strong female lead,and it was great to see both characters grow and change as the story progressed.

While I read the first book in this series titled "Rush Of Wings" somehow I missed the second book in the series titled "The Still of Night," although it didn't stop me from understanding this story, and I would say that "The Breath of Dawn" can easily be read as a stand alone work.

Anyone who enjoys a contemporary setting filled with, suspense,mystery, romance with amazing characters, and a story that will leave you thinking about the characters long after you read the final page then your certainly going to want to read "The Breath of Dawn" by Kristen Heitzmann.

Follow along on the Litfuse blog tour here to read what other reviewers are saying. 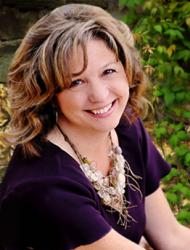 Kristen Heitzmann is the bestselling author of over a dozen novels, including "Freefall", "Halos", "A Rush of Wings", and the Christy Award winner "Secrets". She and her husband, Jim, and their family live in Colorado Springs, Colorado, where she serves as worship leader in their church.

Find out more about Kristen at http://www.kristenheitzmannbooks.com/.

Kristen Heitzmann is celebrating The Breath of Dawn by giving away one of the new Paperwhite Kindles and hosting a fun Author Chat Party on Facebook. (11/27)

One fortunate winner will receive:


Enter today by clicking one of the icons below. But hurry, the giveaway ends on November 26th. Winner will be announced at the "The Breath of Dawn" Author Chat Facebook Party on 11/27. Connect with Kristen, get a sneak peek of her next book, try your hand at the trivia contest, and chat with readers just like you. There will also be gift certificates, books and a Book Club Prize Pack to be won (10 copies for your book club or small group)!


So grab your copy of The Breath of Dawn and join Kristen on the evening of the November 27th for a chance to connect with Kristen and make some new friends. (If you haven't read the book - don't let that stop you from coming!)

Don't miss a moment of the fun, RSVP today. Tell your friends via FACEBOOK or TWITTER and increase your chances of winning. Hope to see you on the 27th!