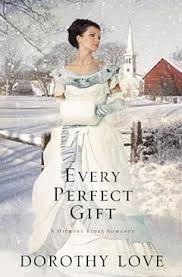 This book is also available as an e-book.

Sophie has spent a lifetime guarding her heart and a long-held secret. It will take all of her courage to speak the truth and embrace the future God has planned for her.The year is 1886, and Sophie Robillard returns to Hickory Ridge, Tennessee, after living in Texas for 15 years as the ward of Ada and Wyatt Caldwell. Now that the town's population has exploded, her intention is to reopen the long-defunct newspaper office that so captivated her when she was still an orphan. The rejection she experienced as a child because of her mixed parentage has left deep scars that she hopes can be healed by succeeding in this new venture.Ethan Heyward was uprooted from his home as a boy following an unspeakable tragedy. Horace Blakely, a millionaire businessman, took Ethan under his wing and eventually put him in charge of the construction and opening of Blue Smoke resort in Hickory Ridge.They meet when Sophie arrives at Blue Smoke to interview Ethan for her newspaper. As their attraction deepens, each hides a secret that, if revealed, could end their relationship.

My take on this book:
I am a sucker for a beautiful cover and that's just what drew me to this book, that and the fact that it's written by one of my new favorite authors Dorothy Love. While the cover does a great job of capturing the eye, it's the story inside that makes this book a real winner!

The author draws the reader back to Hickory Ridge,Tennessee during the spring of 1886. Sophie Robillard Caldwell decides to return to Hickory Ridge, after living fifteen years in Dallas, Texas with her  guardians Ada and Wyatt Caldwell. While the memories from the town aren't great, she feels like she has unfinished business there and decides that she will try and revive the now defunct  Hickory Ridge Gazette,hoping to turn it into something that will benefit the town. When she decides to interview Ethan Heyward, codeveloper and manager of the new resort called Blue Smoke, the two are immediately drawn to each other, but each carry a secret that just might be the undoing of their new relationship. Can they overcome the secrets of their pasts to find a future together?

I really enjoyed the setting as well as the historical feel of this story. I was also pleasantly surprised that the Greenbrier, the famous resort in WV was actually mentioned in the story, this reference easily allowed me to envision the resort that was created in Hickory Ridge. I enjoyed the character of Sophie, she was a strong character, even though she was dealing with issues from her past. Ethan seemed like someone who seemed to have it all, but as we learn about him we see that he is struggling with issues as well. While this is the third and final  book in the Hickory Ridge Romance series it can easily be read as a stand alone work, although it's such a lovely series that fans of historical inspirational romance will certainly want to read all three books. I have enjoyed this series and will miss my visits to Hickory Ridge.

A complimentary copy of this book was provided in exchange for an honest review.
Posted by BrendaC at 10:50 PM